After the busy weekend in Des Moines, we camped Sunday night at Saylorville Lake.  The campsite is situated just below Saylorville dam, near the spillway for the Des Moines River.  Early Monday morning I woke to a fog-covered landscape, with a preternatural dawn shining through. 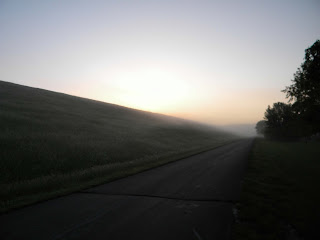 I went for what has become my regular morning walk.  I was anxious to see the spillway, because the evening before, we had driven past it and the churning water was breathtaking.  There was no one else about, as it was about 5:30 AM.  Here are some of the photos I obtained.
I walked toward the spillway, entranced by the moving water and its power.
I climbed up the road to the bridge over the spillway and looked down into the churning maw.  The power of the water was overwhelming, terrifying.  I could literally feel the violence of its energy.  I stood and imagined what it must be like to be hit with such a force and thought of the tsunamis of recent years and how frightening it must have been to witness them.  The water itself was dangerous--I couldn't imagine what it must be like filled with dangerous debris.  And then I realized that I was looking at only a tiny microcosm of what such events must be like and I felt very small, very humbled.  And I realized that the fear I was feeling could truly be considered the Fear of God!

I walked down alongside the spillway and photographed it as it emptied into the Des Moines River.  I could see the Des Moines skyline in the distance. 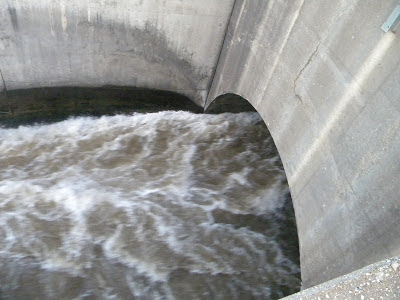 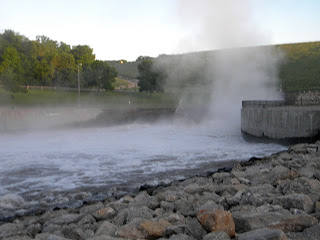 I walked along the river a little way, then turned and circled the campground.  From the intensity of the water to the quiet serenity of the misty morning, I experienced a sense of peace and oneness with the Universe. 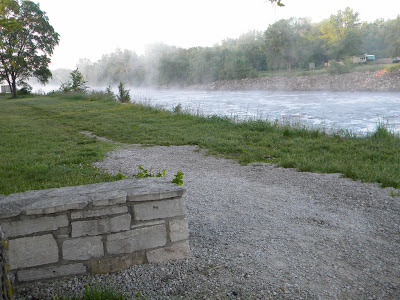 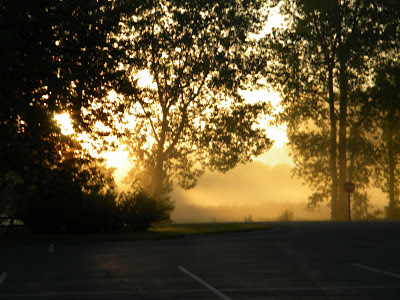 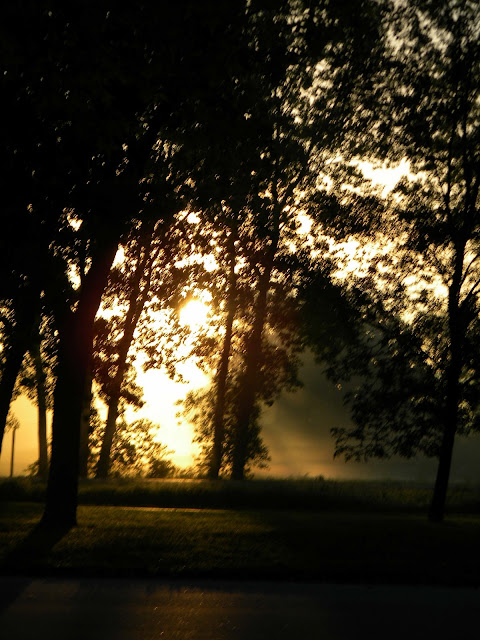 The birds were fully awake and lively now and I was inspired to write this poem:


The Birds Nearby, at Saylorville Lake

Bright yellow finches and flashy orange orioles
The distant tiny hammering of a woodpecker.
Strutting robins alertly seeking worms
The mingled songs of birds unseen
Cardinal and bluejay, a patriotic pair
In the distance, the cry of the crow.
Eagle and hawk keeping sky-watch
While a turkey vulture skulks about for breakfast.
Mr. Robin’s bright breast catches the dawning light
As he sings me his morning serenade.