Saved from a scam! 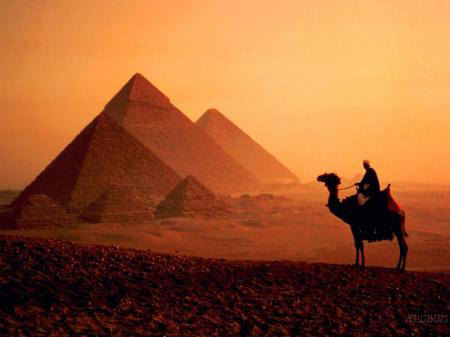 Last week I received an order for Psycards from Cairo, Egypt.  I was thrilled--thinking that my book might be sold in the shadow of the pyramids!

But the man ordering was a difficult customer.  He insisted that I use a particular freight company that he had an account with.  I was instructed to contact the company for a quote.  The order was for approximately $250 worth of stock.  The freight quote was for over $600!  I suggested that the client let me find a cheaper shipping method and found the US Postal Service could have handled the shipment via Priority Mail for around $150. But he insisted that his shipper, FasLink Cargo Express, was reliable and knew how to get the right paperwork through customs, etc.  He also said he would pre-pay the freight.  I thought Why not?  It's his money...

So I invoiced Mr. Benjamin Oliveros of 115 Cairo Street, Giza, Cairo, Egypt the total amount of $866.50.  He then sent me a payment via his Master Card because PayPal doesn't service Egypt. I actually checked with PayPal about that and they confirmed it.  I still didn't like the idea of wasting that much money on freight--I wondered how he could possibly sell Psycards at a profit with shipping charges like that.  But, hey, it was his money...

I used my Square credit card port with my new smart phone.  First transaction ever.  Mr. Oliveros called to see if I had paid FasLink yet and arranged the shipment.  I had not because the Square transaction did not post to my home bank account for two days.  For two days, he called me and emailed me several times a day.  I kept telling him I couldn't do anything until I received the payment.  And then I would pay FasLink and schedule the pickup.  He didn't seem to understand that I had no control over how the banks work or how soon the shipper could get his package to him.  I began to wonder why he was in such a hurry.

This morning, the money arrived in my bank account.  In the meantime, I had contacted FasLink to make payment.  They sent me odd instructions--I was to send the money via Western Union!  Aggravated at how difficult this was becoming, I still didn't quite get the message.  I tried to convince FasLink to set up a PayPal account and let me pay them that way.  They insisted on the Western Union transfer.  I set up an account with WU and actually tried to make the payment.  Thank Spirit that WU has good security--they refused my transaction.  I still didn't hear the bell.

I contacted FasLink and told them.  They said I needed to get cash and actually go to the WU local office to send the money.  Of course, Oliveros had already called me wanting to know what was going on.  A real pain in the ass and I was getting very aggravated with both of them.  I was outraged that they expected me to get up and go to my bank to send money to a shipper!  Why didn't he just prepay them directly?  But I tried to remain a good customer service person and make the client happy.  Still, the more I thought about it, the madder I got.  Something wasn't right.  (I know, you're thinking, "Duh!")

Then the light came on.  The bell rang.  It likely wasn't his money!  So I called the FBI.  And they said this was likely a scam.  I needed to check that credit card.  It was probably stolen.  So, I called my bank.  They agreed this was not right.  They arranged to send the "payment" back to Square.  I called MasterCard and they put me in touch with Citibank.  The card was a closed account.  I emailed Oliveros and FasLink and told them I had talked to the FBI and I thought this was a scam.  I haven't had an email or call since.

In the meantime, I have filed an official fraud report with the following:  IH Mississippi Valley Credit Union, MasterCard, Citibank, the FBI, the London police, the Federal Trade Commission, Western Union and gmail.

Here are the names and email addresses of the fraudsters:  Benjamin Oliveros, benolive7482@gmail.com.  FasLink (Alan Oxford), faslinkcargoexpress@rocketmail.com, the recipient Rita Greg in London.  Mr. Oliveros spoke very polished English with a slight Spanish accent. Feel free to share this with anyone who might be a victim of this scam.

My angels and good security practices protected me this morning from my own blindness.  I won't make that mistake again.  I will be drafting specific rules for transactions and posting them to the Psycards USA web site.
Posted by Unknown at 12:03 PM No comments: