Recap of trip to Colorado

I wanted to simply share some of our adventures on the way to Colorado.

On the morning of the 19th in Iowa, we experienced some steering trouble with the RV.  It behaved weirdly, then jerked and righted itself.  A stop at the Flying J revealed the need for power steering fluid and thankfully nothing more.  Our front end and steering all looked good, according to the mechanics.  We later learned that part of our problem was that some boxes in the cab of the Ranger were blocking the free movement of the steering wheel, making the Ranger's wheels lock up, tugging and pulling on the RV.  A little rearranging and no more problem.

Then in Nebraska (near Sidney) we had a sudden explosive flat tire on the Ranger.  In closer inspection, we discovered a part of our muffler had fallen off (rusted through), caught up in the right rear tire and did some minor damage to the right rear wheel well.  Uncertain of the extent of the damage, we used our first AAA call, had the Ranger towed to Sidney, and replaced the flat.  The damaged metal in the wheel well was easily pounded back into submission and although it is not a pretty, it is quite functional.  Thank the angels!

Crossing Nebraska, I was picking up on the long tortuous journey it must have been for folks in wagons and wrote this poem:

The Platte River around Lexington and Ft. Kearney (pronounced Karney) was the place were several trails west ran.  The Oregon Trail, the Mormon Trail, the California Gold Trail, the Pony Express, and Lewis and Clark.  A major crossroads in American history.  We stopped at the Great Platte River Road Archway in Kearney, but it was too late in the day to justify the $12 per person entry fee for the museum.  Another time, perhaps, if you can ever convince me to drive across Nebraska again.

We stayed the first night in western Iowa and the next morning, we discovered a lookout tower along 80 West that overlooked the Missouri River Valley at the boundary of Iowa and Nebraska.  Terrific views of a morning thunderstorm!  This was followed by a visit the the Holy Family Shrine just across the border in Nebraska--beautiful and spiritual place.

We did stay a lovely evening in Gothenburg, Nebraska.  The campground was next to a roping arena, very pretty and quiet and the firewood was free and already stacked at each campsite!  We didn't use it, however, as we were only staying overnight.

The following morning we entered the long, dry, barren end of Nebraska.  Trees and hills virtually disappeared, nothing but short grass prairie and cattle.  Very little civilization, as desolate as the tundra, or the Russian steppes.

Despite our setbacks we arrived in Loveland, Colorado at exactly 6 PM, in time to begin our set up for the fair. 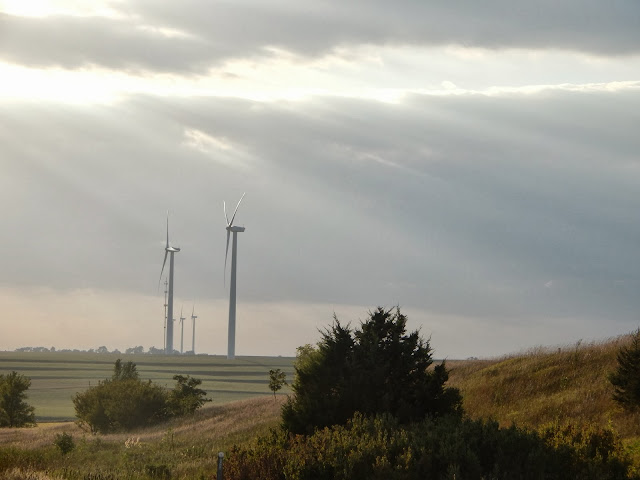 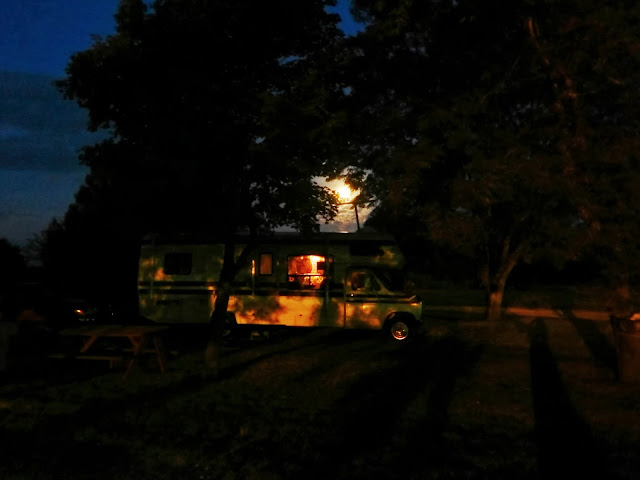 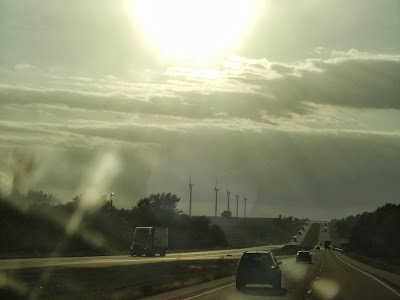 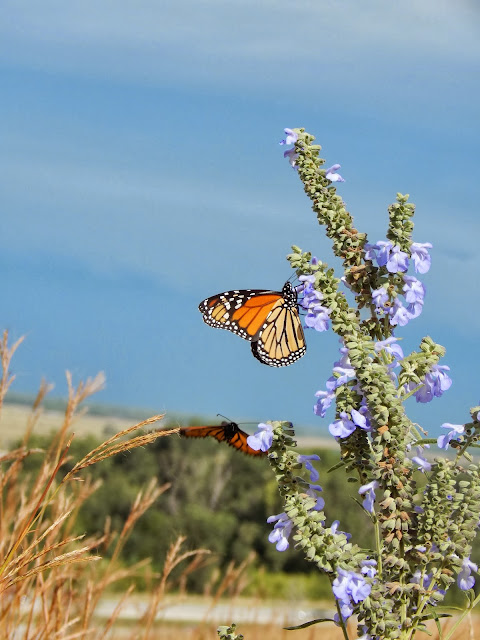